Iris Virginia (Dwelling Place Williamsburg and Richmond)
Brian and Valerie Britton, and friends connected with them.  Some of these have been with us in Virginia, Mozambique and South Africa
The Dwelling Place website
Iris Pemba:  Harvest School
These people are too many to count, but they include our House Group (House of Love), led by Craig and Diana Baker of Australia. They also include our Colour group led by Kenneth Elder and Kimberley Rumary. And of course, many of our teachers, Heidi and Rolland Baker, Surprise Sithole, David Hogan, Jason Lee Jones, RT Kendall and so many more. Both Mama Heidi and Papa Rolland have had a significant impact on Laurie-Ann, since 2010.  Tony and Pamela Maxwell also gave encouragement, particularly to do with timing that brought both Tony and L-A to the Harvest School at the same time.
Iris Harvest School & Other Global Schools 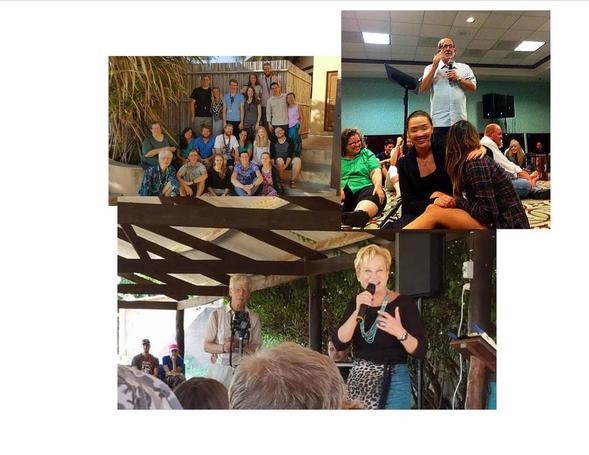 Iris Western Cape:  From Our 2016 Extended Outreach to Long Term
Arianna Van Halteren (from Holland), led our group of about 15 people from many countries. Three of that group are currently serving at the same base:  Maggie Whitaker, Tony and Laurie-Ann.  Kristina Dreyer and Patrick Paul Pillorz both returned to teach at the Iris Western Cape's School called the Father's House: Kristina once, and Patrick three times.  All feel a connection to that special base in a narrow kloof between Worcester and Robertson. 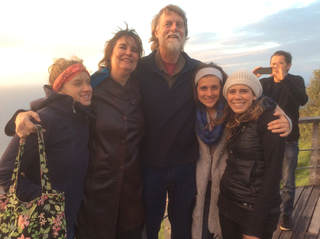 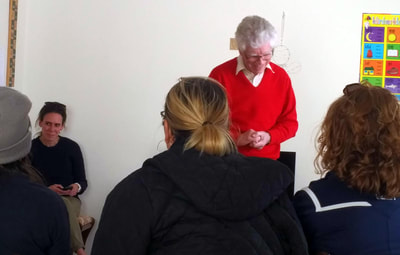 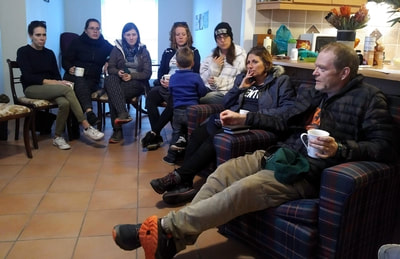 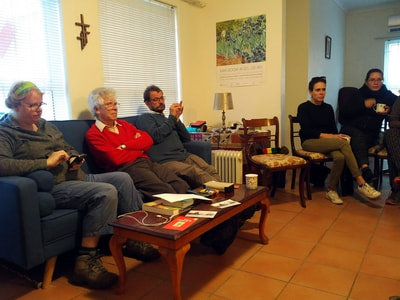 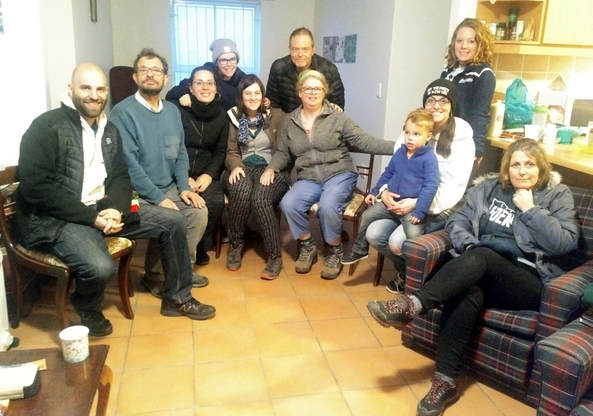 What a lovely team!
We didn't get pictures of the small group from FH10, but they were a lovely team from Egypt, UK, Syria and South Africa.  We also got to spend more time with FH9 alumna Melissa Koon, and Aleisha. We also get to know Kaysha Bucher's fiance Alex better (from the official engagement, to Christmas to the wedding in January 2019)
Kaysha and Alex Wedding site
Kaysha and Alex's wedding - in the vineyards of LeRoux & Fourie - 19th January, 2019. 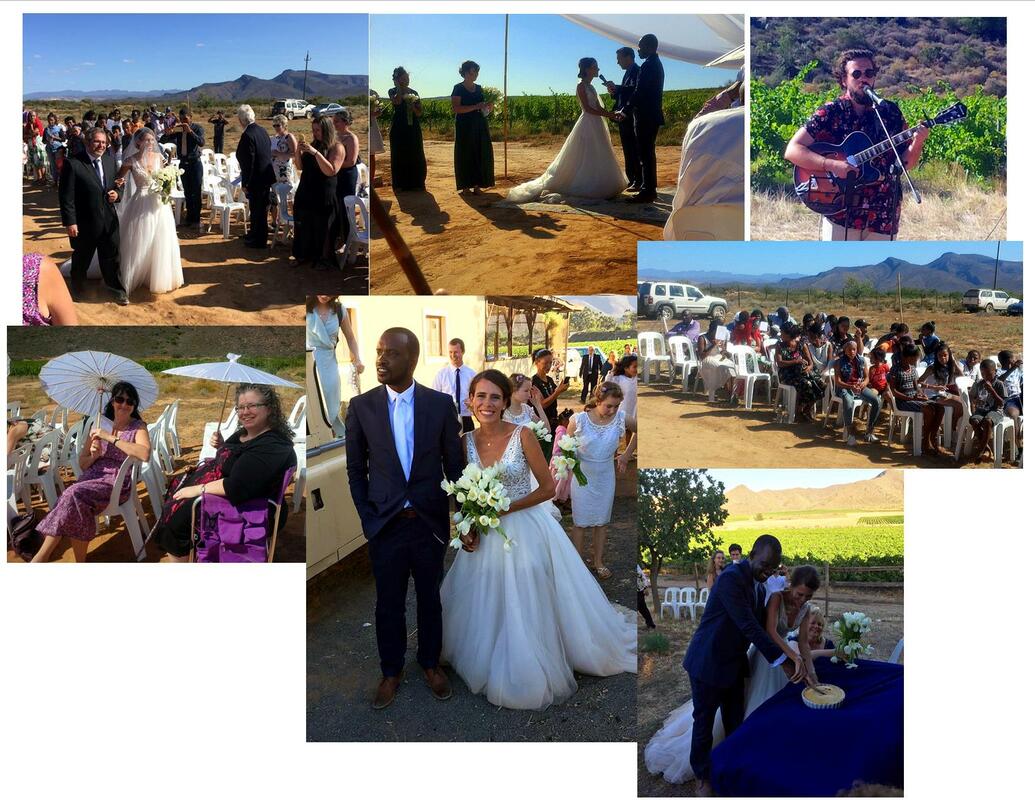 On March 8, 2020, we finally were able to host the Iris Western Cape family in our Worcester home, while we still had it.  This was to be our last family gathering before we would return to Canada.  We enjoyed a pot-luck lunch, with worship, sharing, prayer for L-A and Tony and an amazing send-off from family.  Otherwise it was a relaxed time enjoyed by all.  We were glad for L-A's meatball contribution, since most other things were salads and dessert! 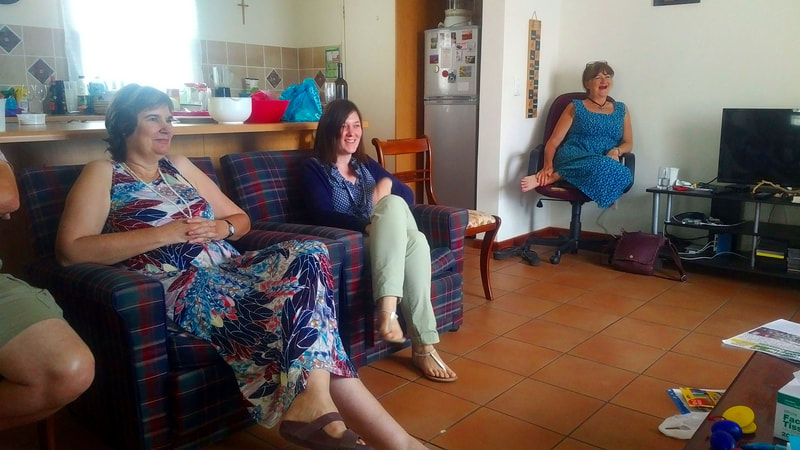 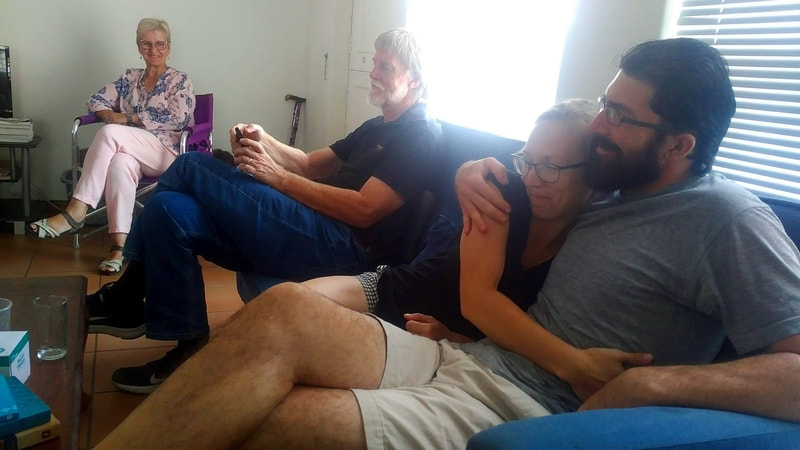 Iris Affiliate Family - East London, Eastern Cape: Global Mercy Missions
Global Mercy Missions was founded by Josh and Rachael Minter in the Amalinda suburb of East London.  The base is located in a former garden refuse dump (compost), where a mini township is growing. They are transforming the area into a garden, full of nutritious fruits and vegetables. The base includes a toddler room, creche, medical clinic, future SOZO room, and a soup kitchen, which L-A was asked to help with during our visit.  Staff include local South African missionaries (like Dylan Weiss, shown above), and internationals.  We love them and hope to reconnect with them again soon!
Global Mercy Missions 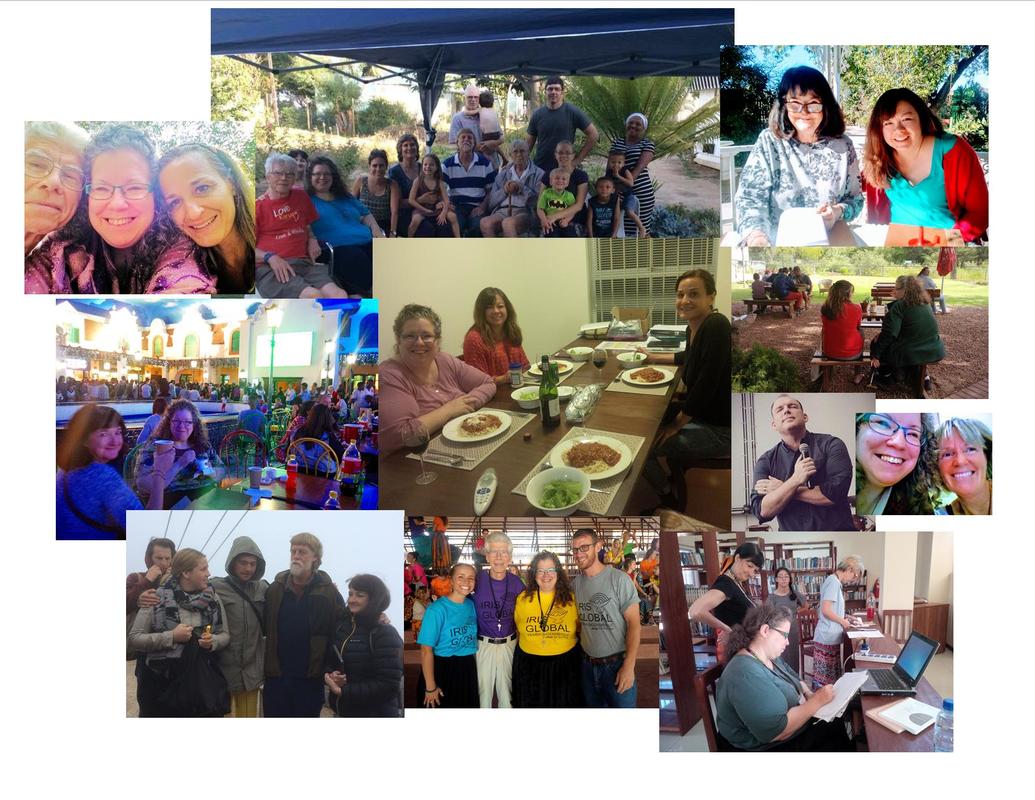 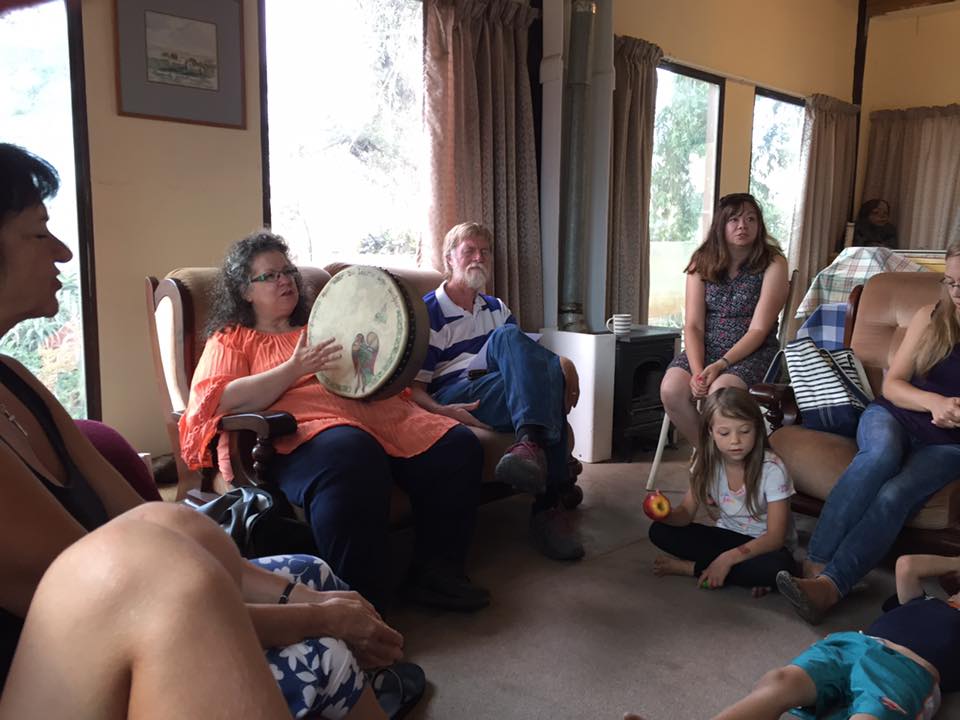 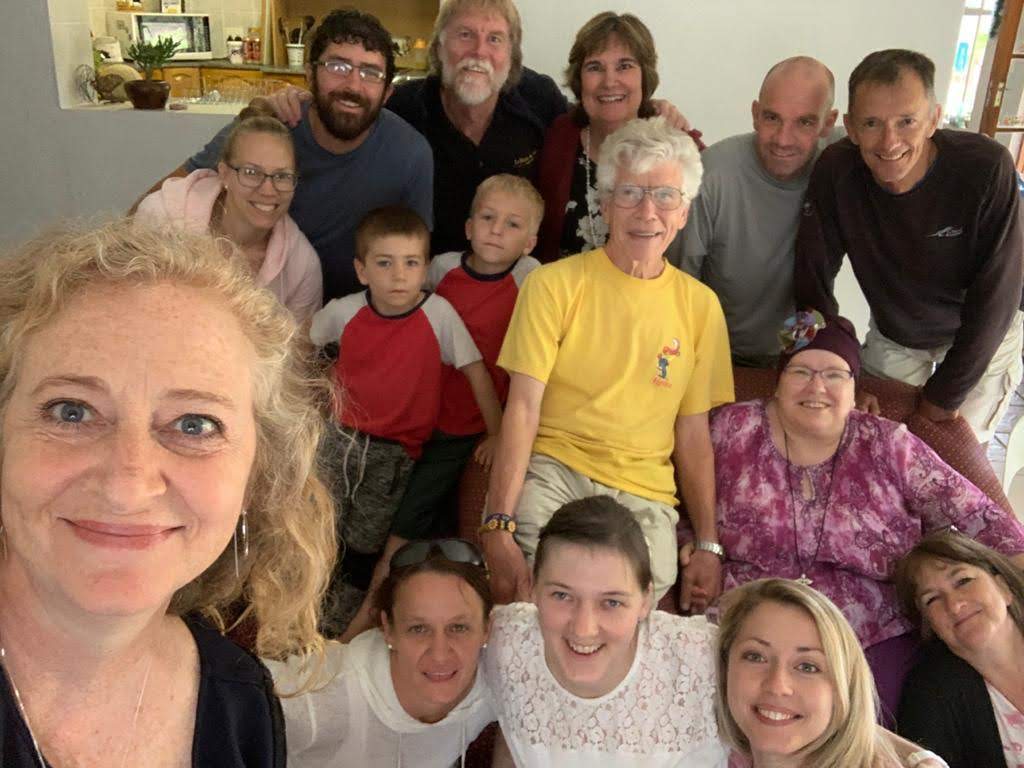 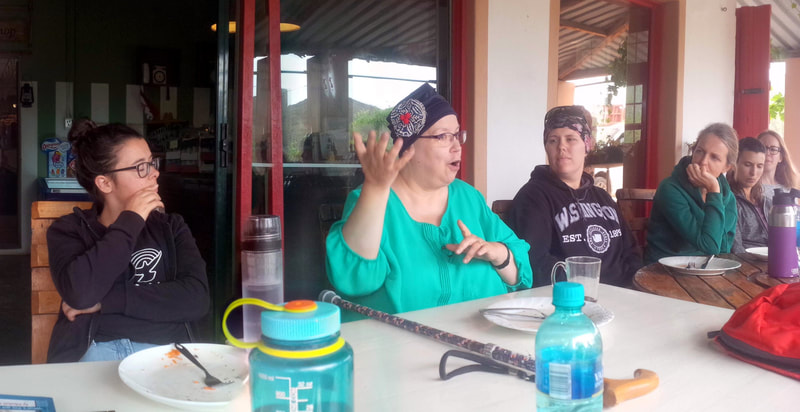 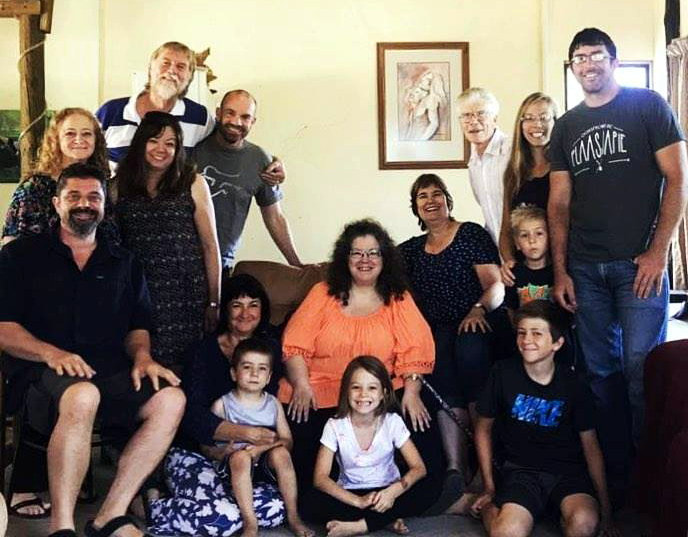 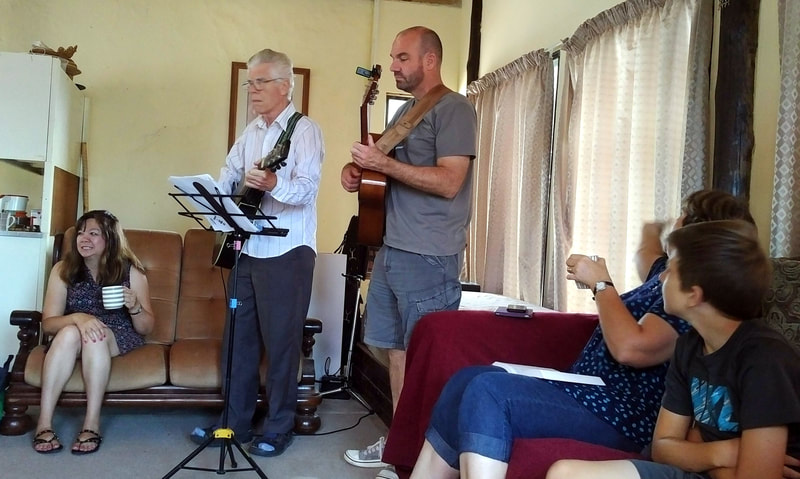 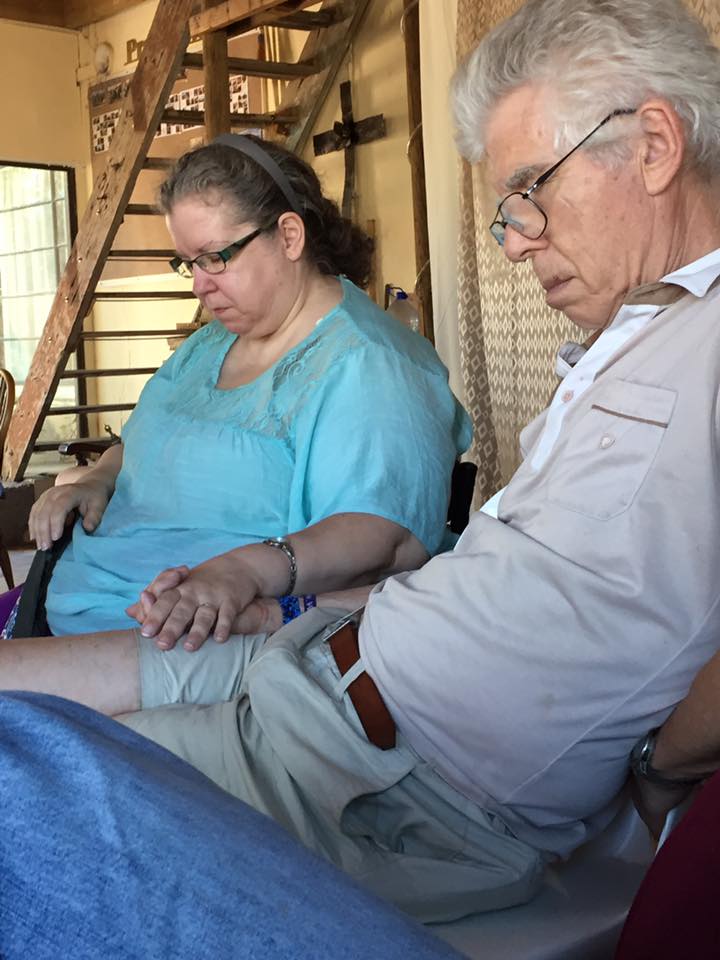 We also would be remiss if we didn't mention Iris affiliate missionaries Brian and Pamela Jourden, Generation Won Ministries.  Heidi and Rolland are their spiritual parents, that while they have done amazing things in Northern Ireland, Zimbabwe, Cape Town and the USA, they have had enormous sacrifices, which we won't go into here.  Jesus is worthy of it all.  We are thankful for L-A meeting Pamela at a women's conference in January, 2010.  It was Women on the Frontlines, and there was encouragement and an offering for setting up the base in Zimbabwe.  It was also the night after Heidi Baker spoke that Heidi stopped for L-A and gave her roses, a hug and kiss and moved on to the front. That was L-A's first taste of what it means to stop for the one.  Pamela became an intercessor for us while we were in Mozambique, and even offered a place in their ministry.  However, they had to move back to the US for their youngest son's health so plans changed.  And we received our call to Worcester rather than to Cape Town.  We got to see Brian Jourden when he spoke at LOFDAL in April 2019, and then to visit with both Brian and Pamela in the following November, after L-A became sick. Here is a video of Brian and Pamela from Iris Media: