We were invited to join Legacy Relay by Carica Le Grange, our pharmacist in May 2019.  She and her husband Louis, were inspired to bring seniors (originally from our retirement village of Hooggelegen), into the nearby Worcester Primary School.  The seniors could pass on their life skills to the young learners in many areas. Some would involve crafts like crocheting, others about handling money, practical stories about science, stories about South African culture and other countries, and in our case, music, science and prophetic art.  Some seniors would go into the Afrikaans section of the school, and others the English.  We Copples went to the Grade ones English curriculum.  While the children greatly benefit by having an extra set of grandparents, as well as the knowledge gained, the seniors find it makes them feel useful, appreciated and stronger from the experience.  Mental health is strengthened in both demographic groups.
Carica and Louis see this small NPC to grow beyond Worcester Primary, beyond Worcester and beyond South Africa.  Since we Copples are moving back to Canada in April 2020, we have been asked to represent Legacy Relay in Canada.  We hope to do them proud, hopefully in the Christian schools and perhaps the alternative schools in and near Ottawa.
We have really enjoyed our time with the 2019 grade ones (terms 2, 3 & 4) and 2020 grade ones (term 1).  We found that they became like family, where there was love and hugs, and easy interaction.  We found there were differences in the two classes, but both loved art, and hung on every word Tony said in the science nugget.  Legacy Relay Tuesdays became a highlight of our week.
Here is the link to the Legacy Relay Facebook page:
Click to Legacy Relay Facebook page
L-A also loved to share about art and has a special page for Art at Legacy Relay.  Here's the link:
Art at Legacy Relay
We found that the art brought a special bond between the learners and L-A, especially when it progressed past colouring L-A's drawings.  As good as the colouring sheets were, it was good when the children were ready to create on their own - drawings with a special purpose.  The 2019 learners loved their crosses, hearts, rainbows and people holding hands.  Some have included rockets (they were also learning about space travel, so this got into the mix) These were the most common Christian symbols that they drew or painted.  So far, the 2020 learners have drawn rainbows, hearts and crosses on hills, with the occasional robot. One girl drew her favourite pig from her dad's nearby pig farm.   In term 4 of 2019, L-A organized a group project of a 30x40 inch canvas.  They were to paint, using watercolour pencils; first to draw, and then to turn their drawing into paint using water and watercolour brushes.  They and L-A did the background, and they added their favourite Christian symbols.  It was a hit!  We didn't have an opportunity to do the same with the 2020 learners, so we took our time with colouring sheets, and saved the last three Tuesdays for them drawing their own with supervision.

The other thing that bonded L-A and Tony to the 2019 learners was that L-A became seriously ill.  Below to the right, you can see the teacher writing out what the learners would say in homemade cards they sent to L-A when she was in Mediclinic hospital.  Later that month, we were given a diagnosis of inflammatory breast cancer.  We decided to share the cancer journey with these learners, in a kid-friendly fashion.  They learned that cancer is not a death sentence, although it may mean that you lose your hair, if you take the strongest form of chemo, which L-A did.  So L-A had her hair cut (and one girl, Caitlyn, asked if her newly short curly hair was a wig.  It wasn't a wig, and L-A invited her to come touch her real hair).  The wig and hats were to come later.  By the end of the term, they were invested in praying for L-A every day, and thankfully, the tumour shrank to be tiny!  Their prayers helped the chemo.  They and their parents also donated towards the cancer treatments, and gifted food that filled our pantry and freezer.  There were even mince tarts, chocolate and Turkish delight for Christmas.  We were so thankful to them. This was a very special class.  The 2020 group is good too. 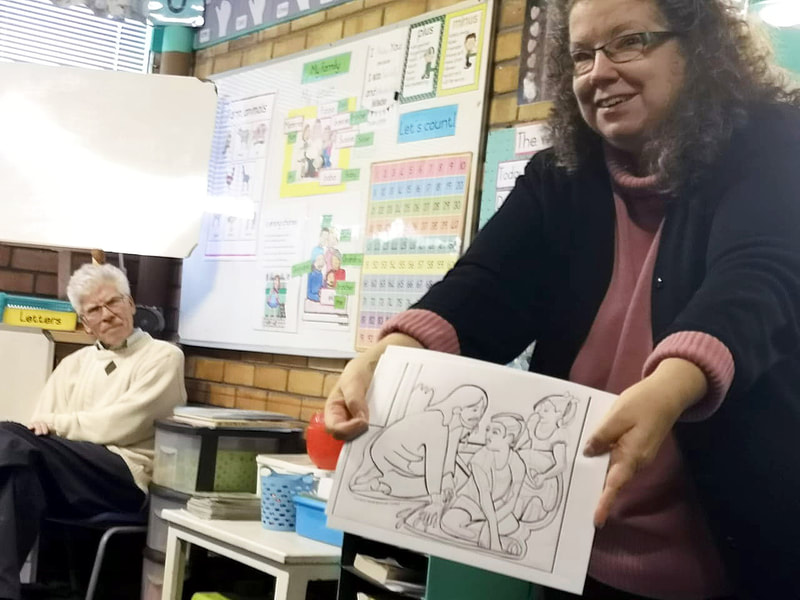 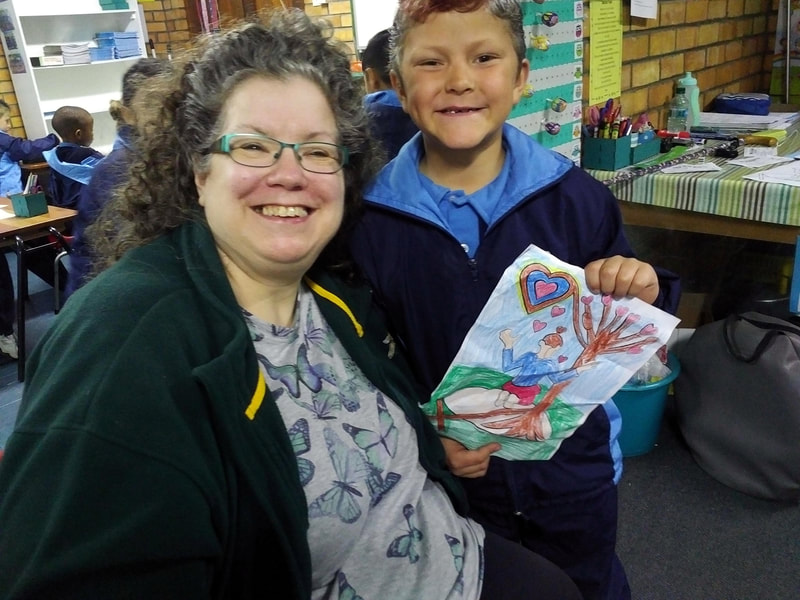 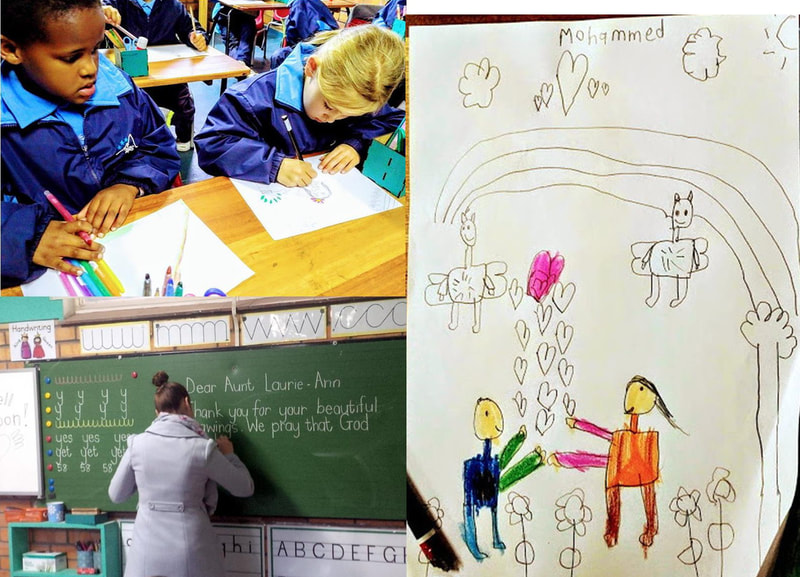 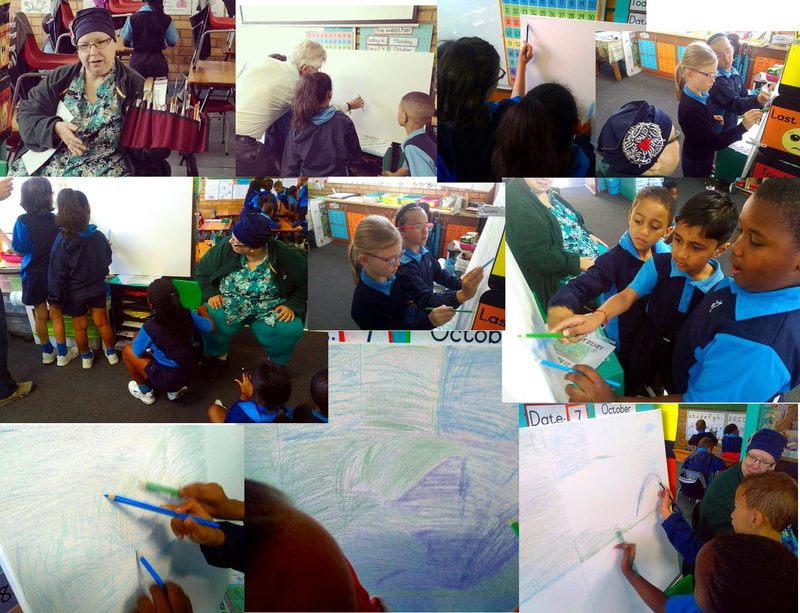 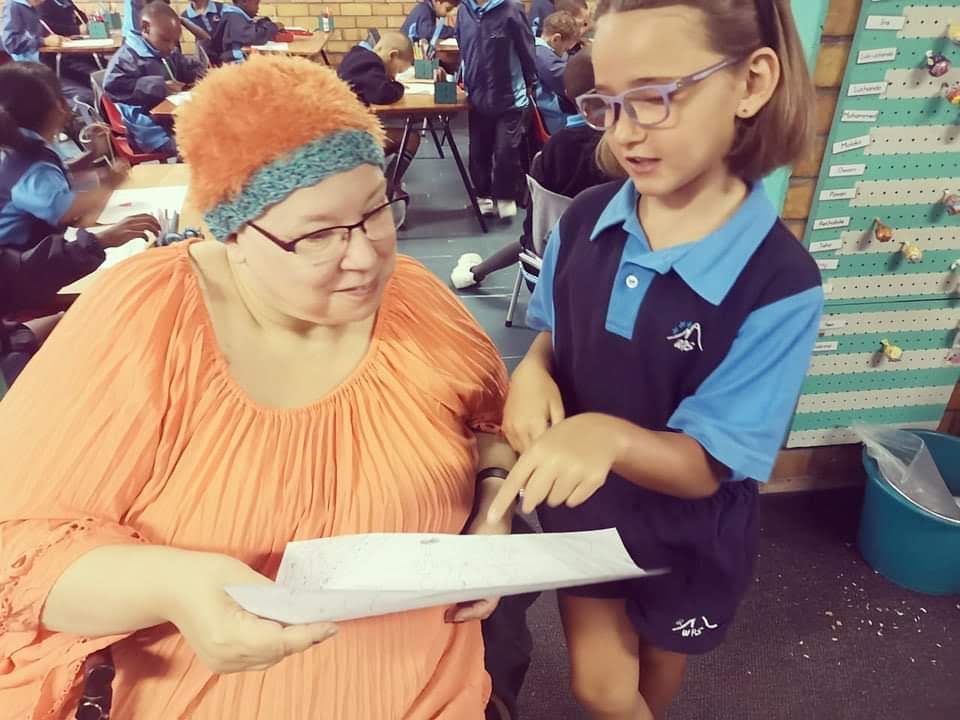 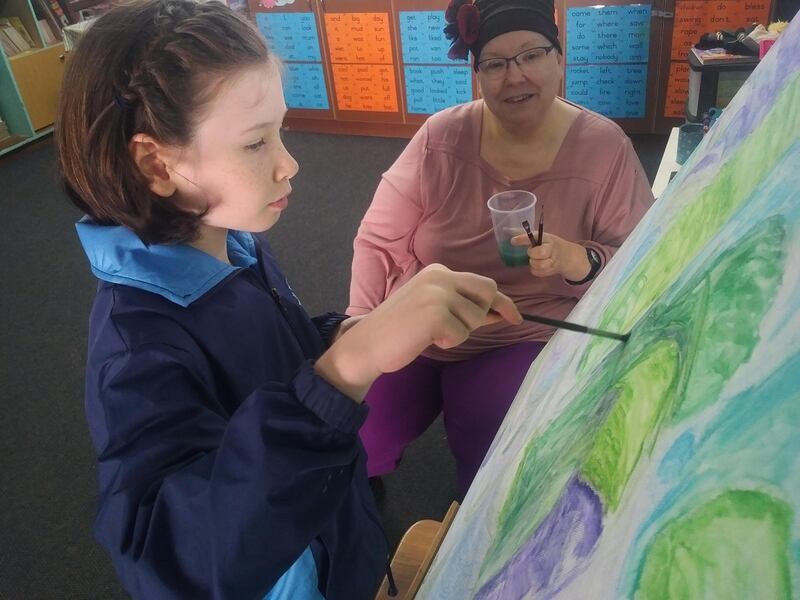 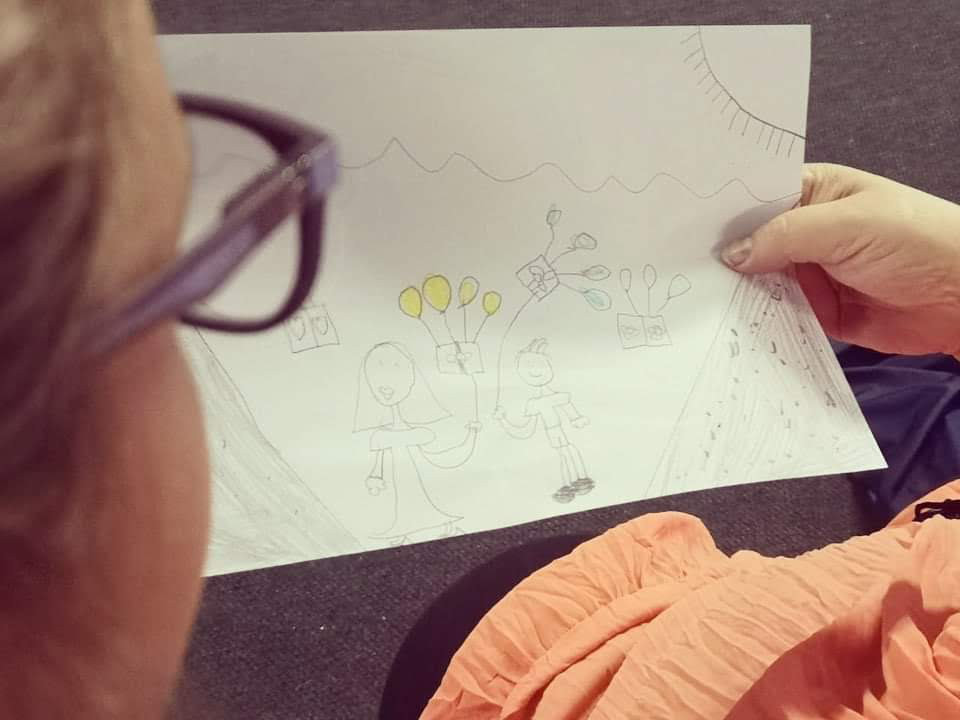 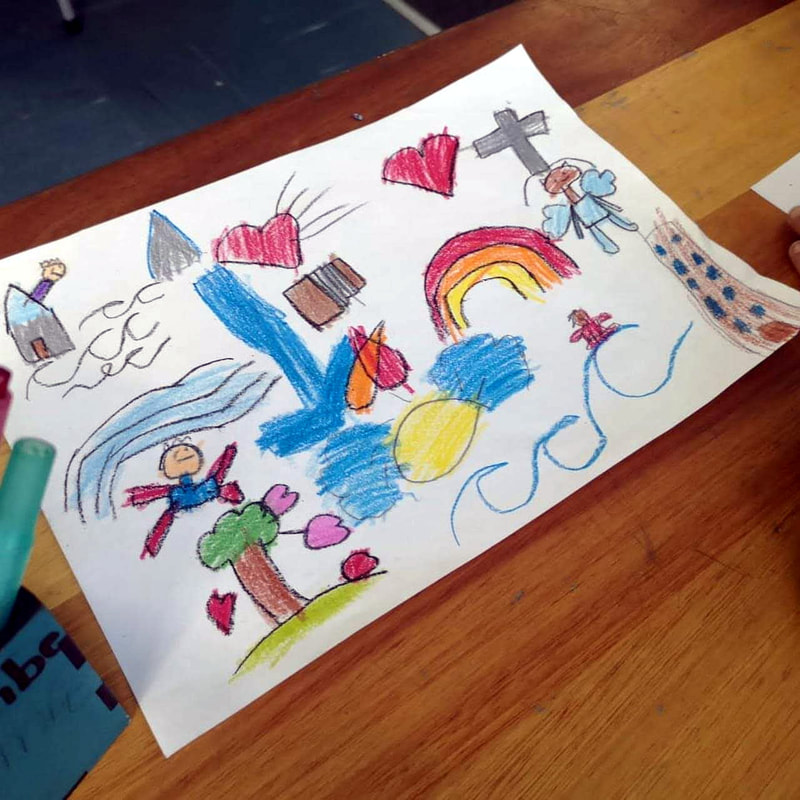 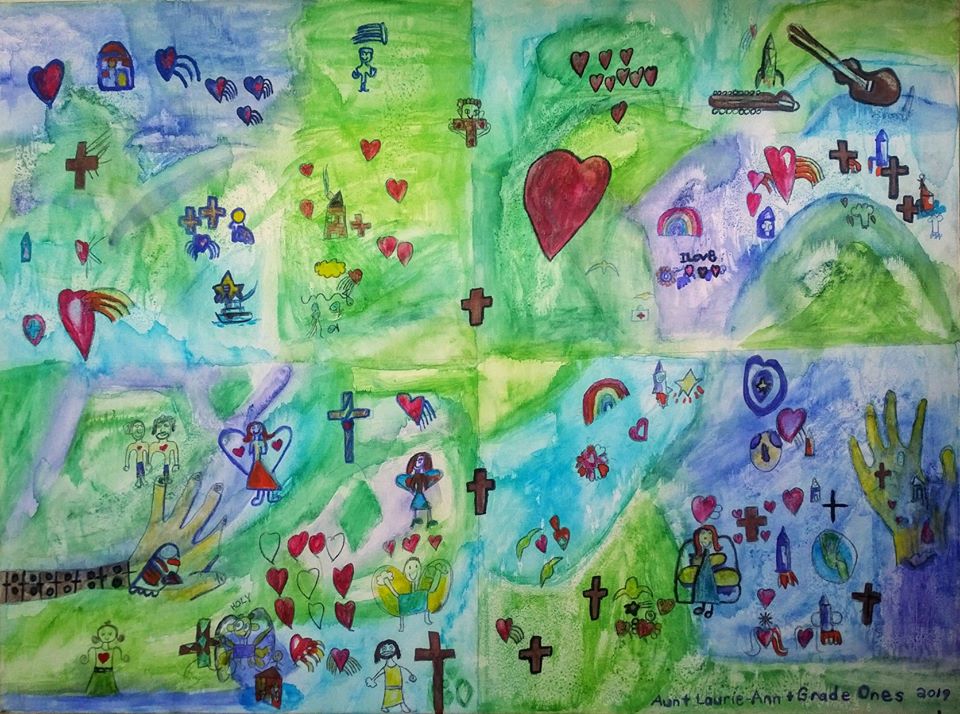 Tony has taught on many elemental science topics, like light, eyes, remotes, the solar system, sound, and so much more.  He speaks in a kid-friendly, interactive way. ​ 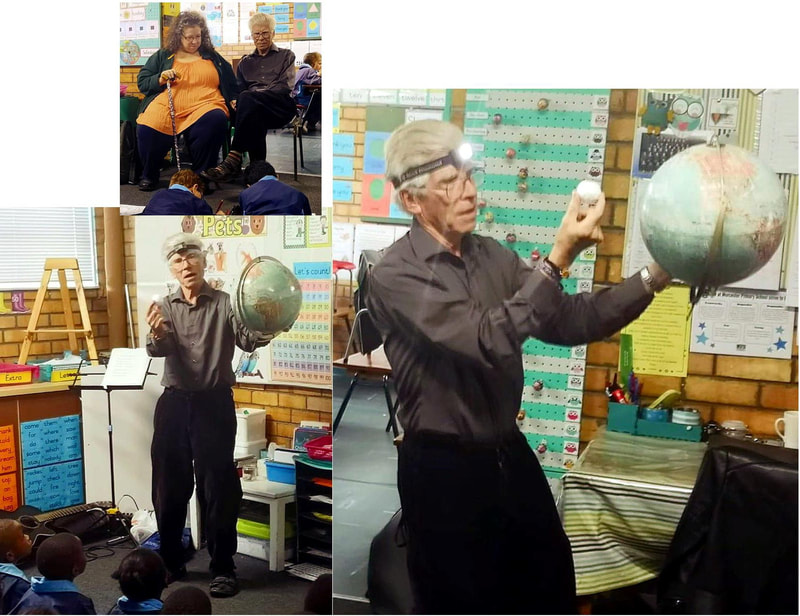 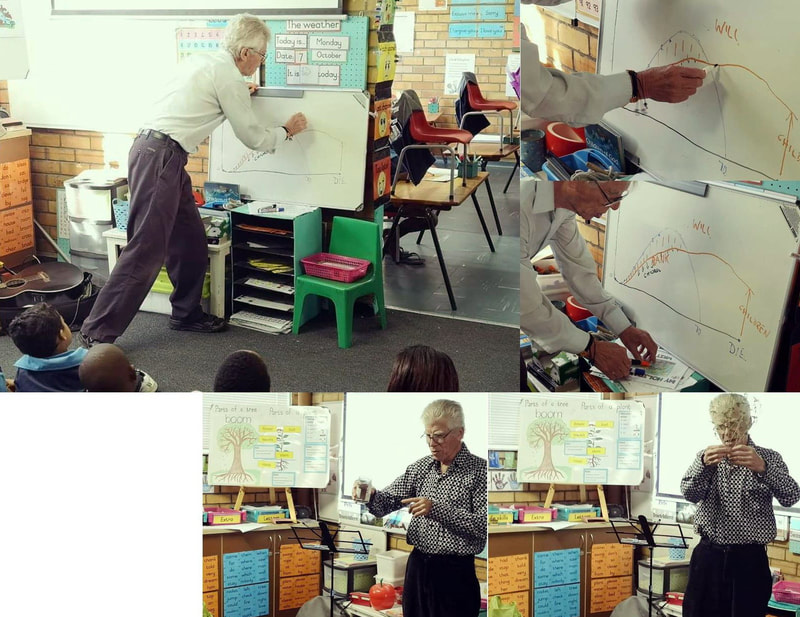 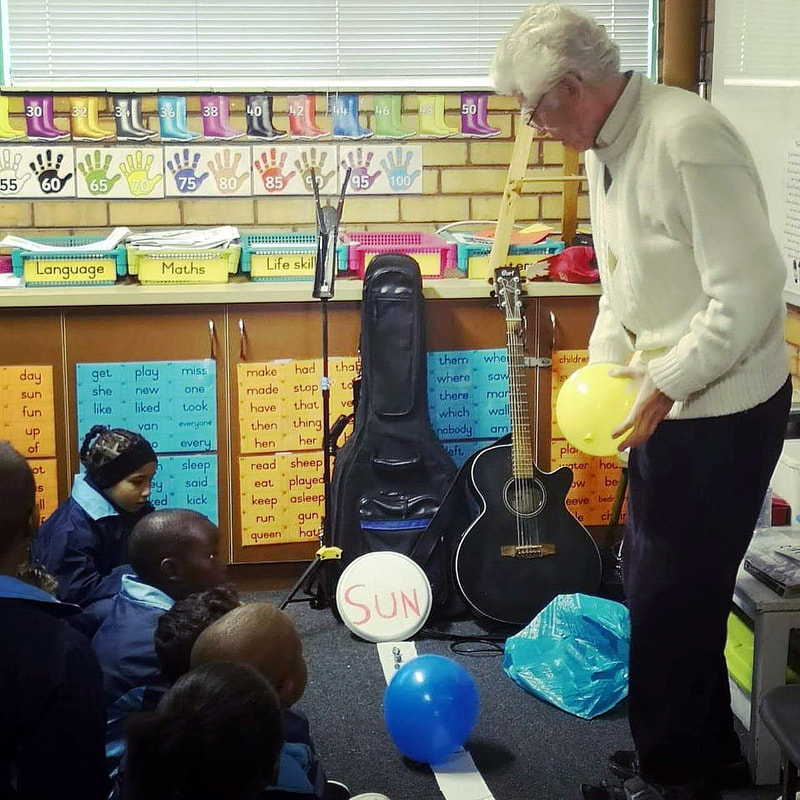 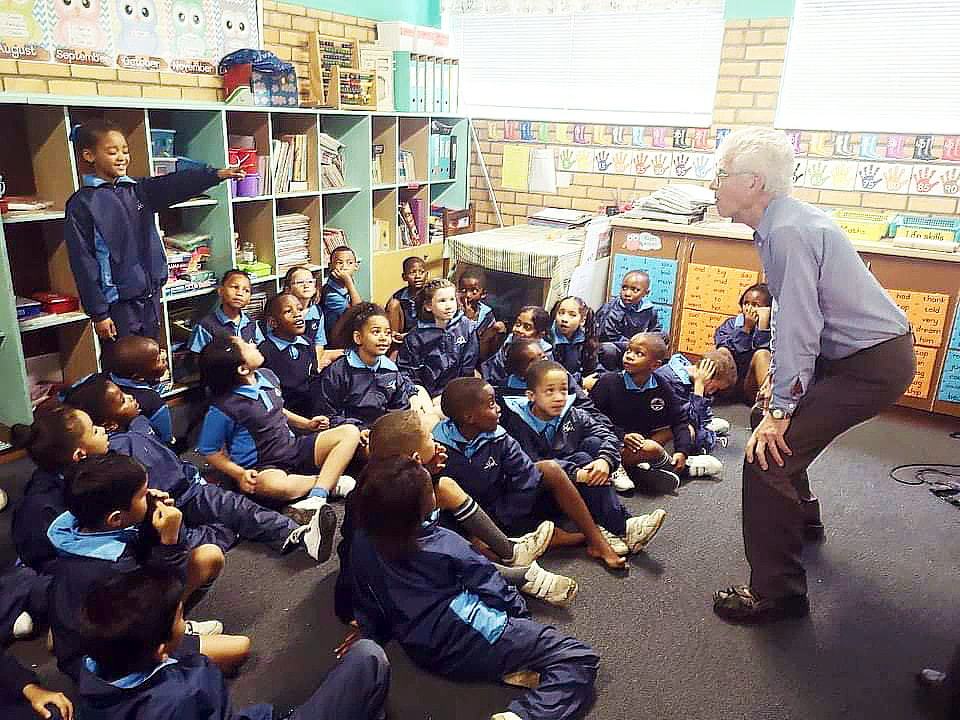 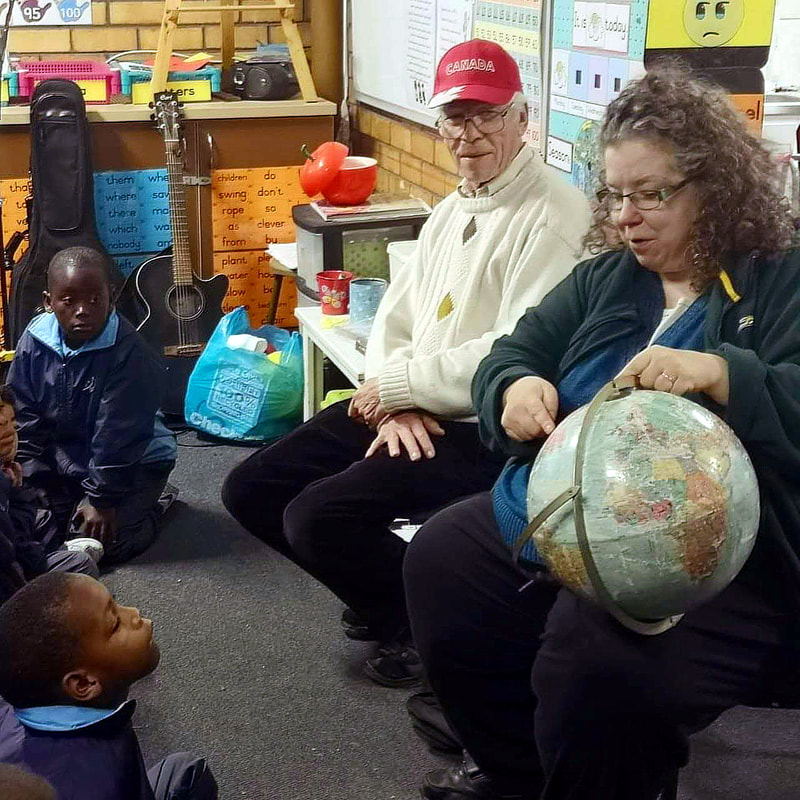 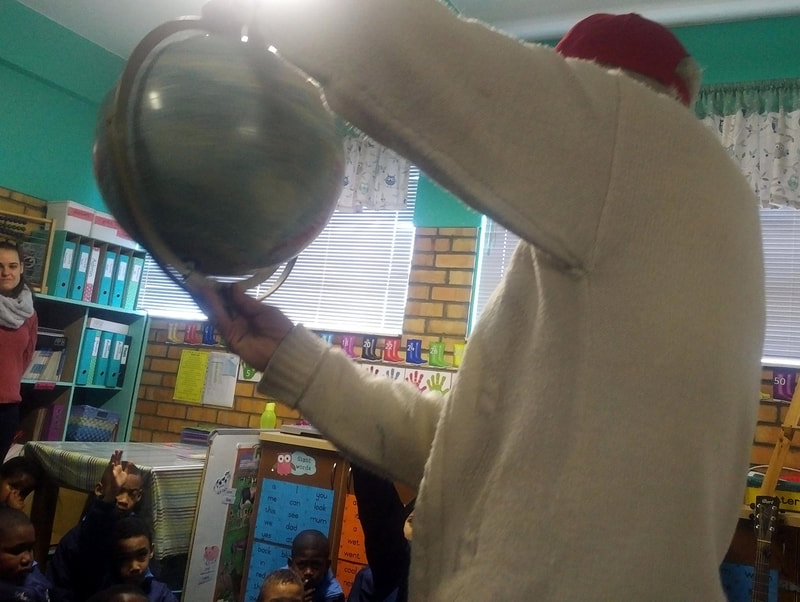 The 2020 class began with colouring L-A's drawings, and graduated to drawing their own to soaking prayer music on March 3rd. It went well.  Some of the drawings were even prophetic, and about spiritual warfare, worship and more. 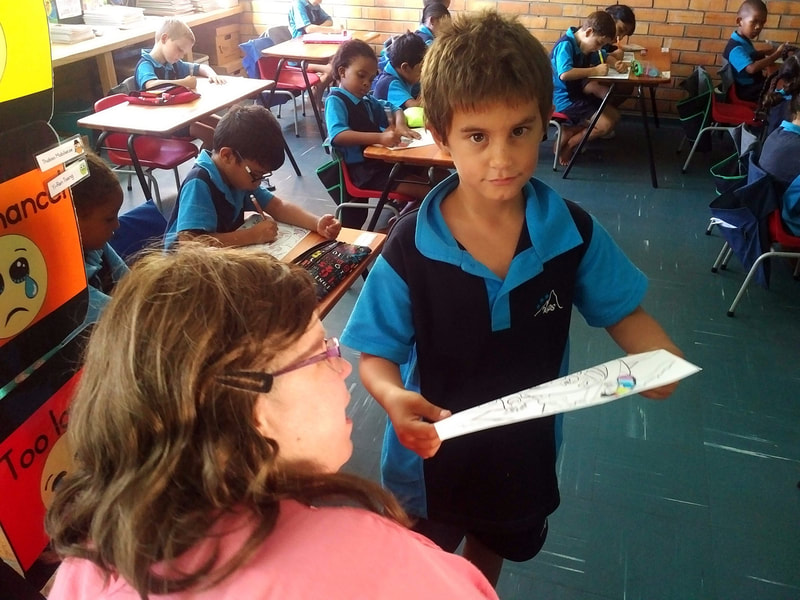 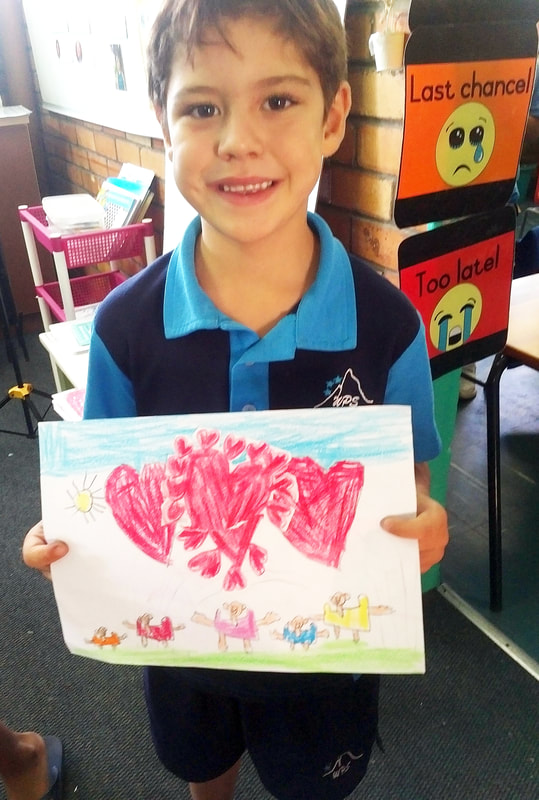 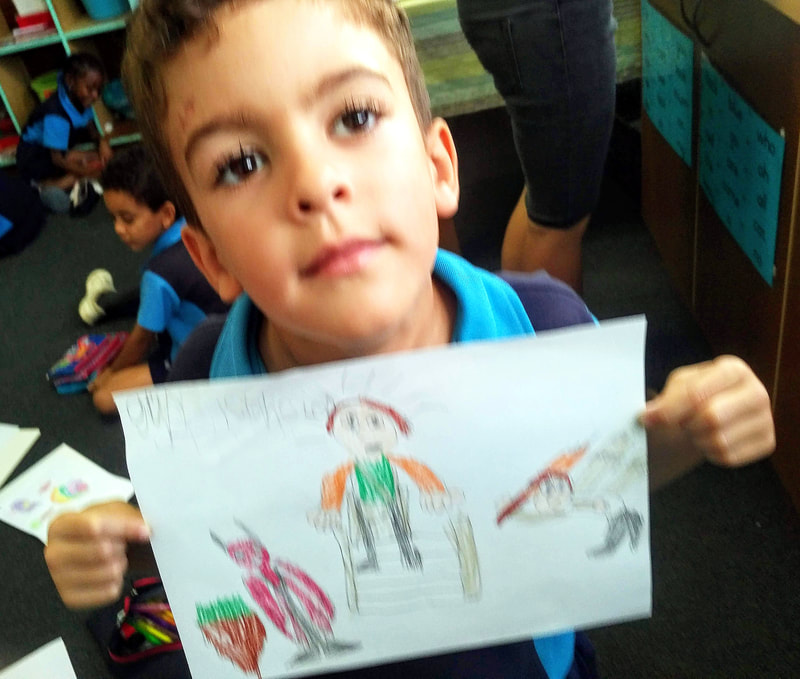 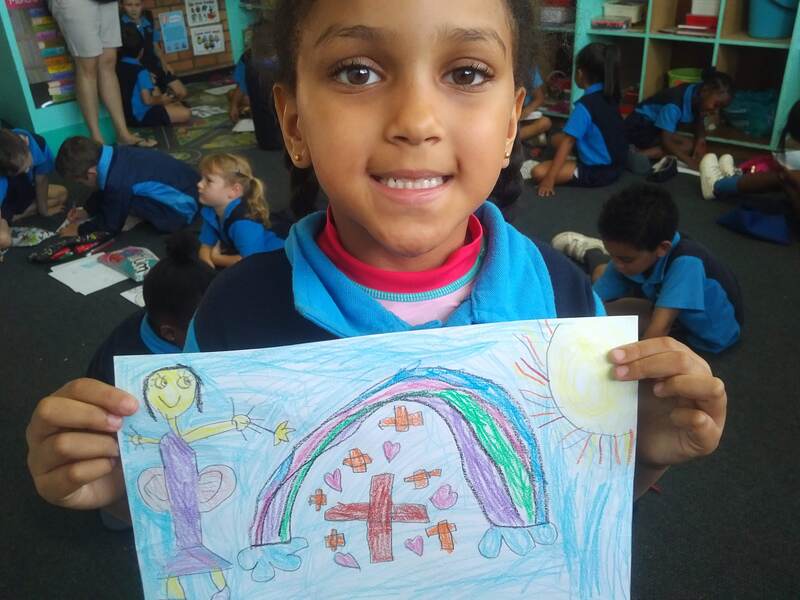 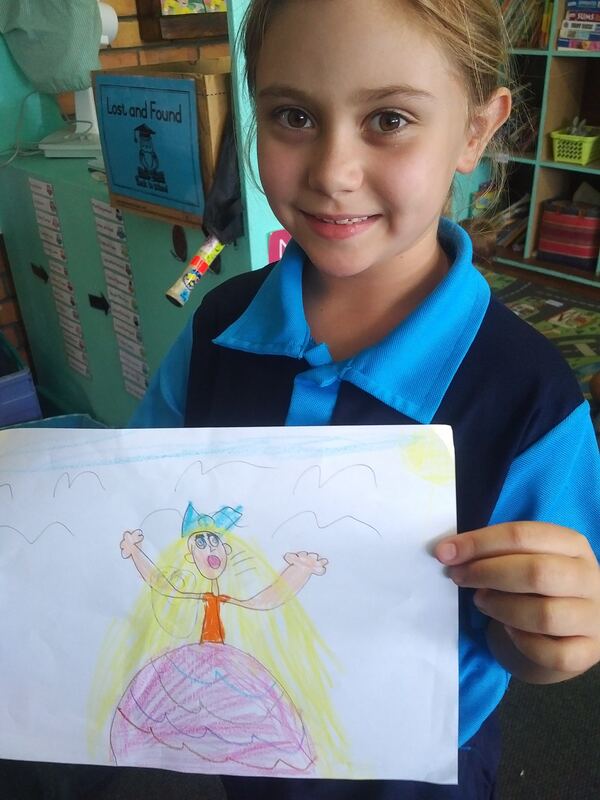 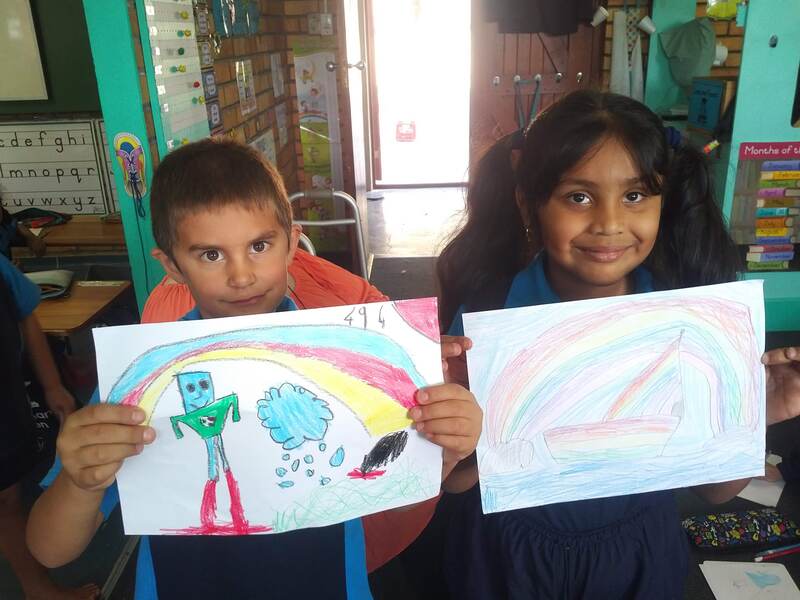